“When I go to work I feel happy. I make some good money and I love it. Goodwill helped me find a real job.”
Tim 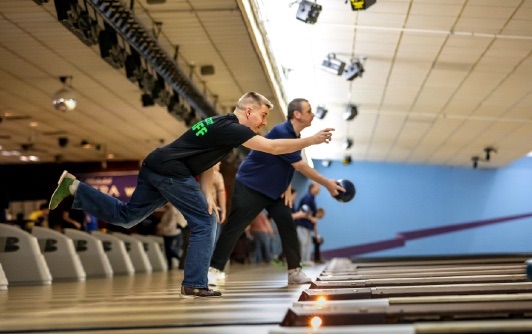 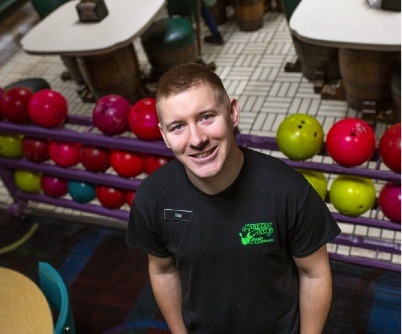 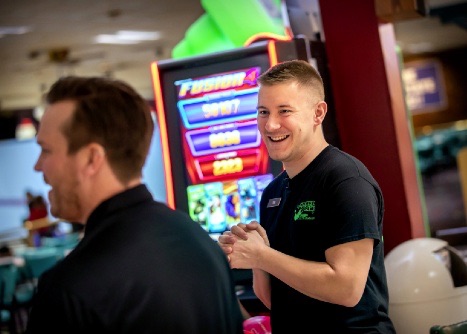 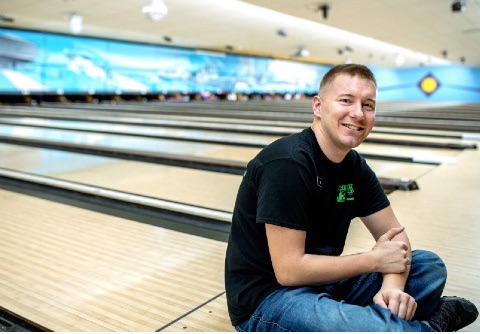 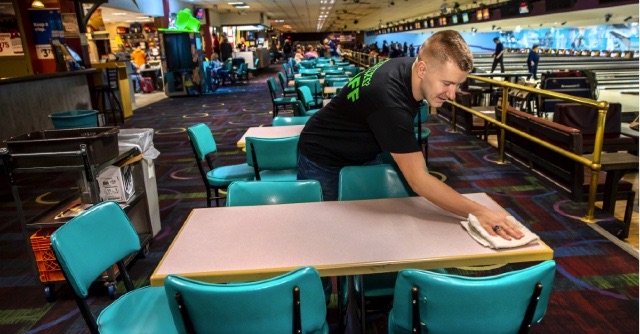 TIM'S ENGAGEMENT with Goodwill started out as a referral from HealthWest to train in Goodwill’s Work Readiness program that initially provided him with some basic workplace skills through a paid work experience in Goodwill’s Industrial Services center. His ultimate goal however was to obtain self-supporting work in the community and when he was ready, Tim advanced into Goodwill’s Supported Employment program.

“I saw Tim’s work ethic and attention to detail and I knew he would be a benefit to some employer in the community,” said Goodwill Employment Specialist Trinell Payne-Scott.

When a job at Northway Lanes & Billiards became available, Trinell met with the owners and told them about Tim.

Northway Lanes has a soft spot and long history with Goodwill. “Goodwillies” is the name of the bowling league developed for people with disabilities by the current owner’s grandfather. Still going strong, members are both active as well as past “graduates” of Goodwill programming.

“The Goodwill league has been bowling with us we think 40-plus years now,” said co-owner Cody Jacobs. “They hoot and holler. We fire the lanes up and they don’t care if they get a split or a gutter ball, or whatever, it is always cheering each other on and it is awesome to watch.”

Northway allowed Goodwill to do a four-week, on-the-job trial training with Tim.

“Tim busses and cleans the tables,” Trinell said. “He vacuums and tends to the restrooms. It was during the trial training process that Northway actually saw how good of a worker he was and that is when they extended the offer to hire him.”

“Tim’s attitude is top notch awesome,” Cody said. “Everything is thumbs up and he always has a smile.”

When the COVID-19 pandemic shuttered Northway Lanes in late March, Tim was laid off from his job. When things reopened in September he was called back to work but laid off again in November.

The situation was been disappointing to Tim but he is staying healthy and active by working out and walking on the beach and bike trails.

He stays positive and connected to friends and family. His parents now reside in Florida and he recently became his own independent guardian. HealthWest has been working with Tim to assist him in securing a driver’s license which will broaden his opportunities.

Tim is currently working with Goodwill Employment Specialist Matt Cashbaugh to secure a new job. “Tim is very eager to get back to the working life,” Matt said. “He’d like to find a different job other than Northway Lanes only because they are unsure of when they would be able to call him back. Tim is looking for a cleaning or customer service type job. He loves to interact with people and wants to find a job that allows him to continue to expand his skills.”

Tim has been top-notch awesome and he’s always got a smile.

Northway Lanes has been a popular entertainment facility of the Muskegon community since 1956. Northway is the largest home to league bowlers in West Michigan. National, state, and local tournament bowlers travel to Muskegon to compete at Northway. In addition to bowling, Northway offers banquet facilities, a billiard room, lounge, pro shop, and cafe.