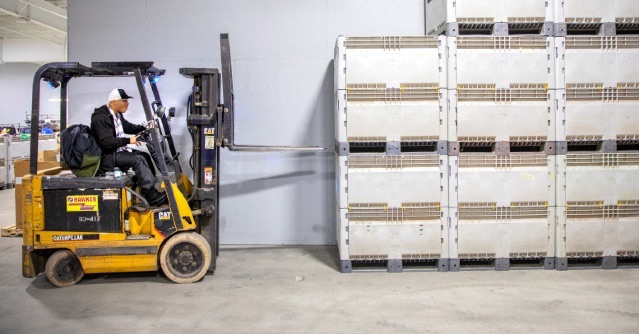 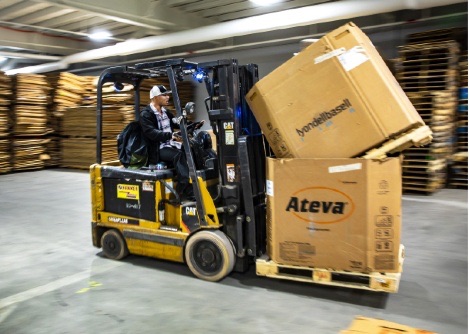 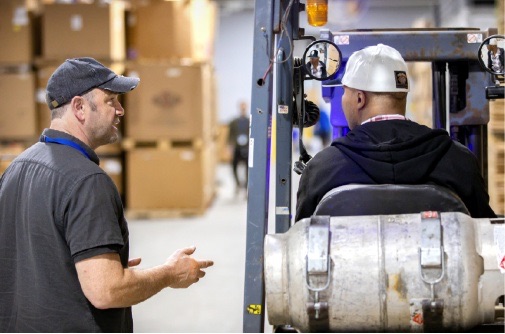 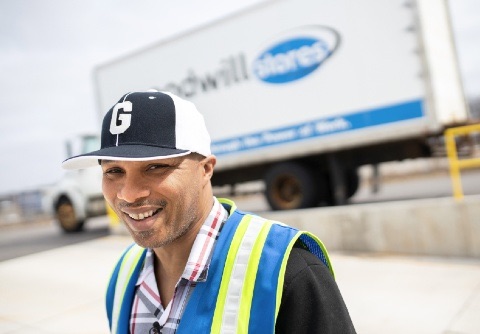 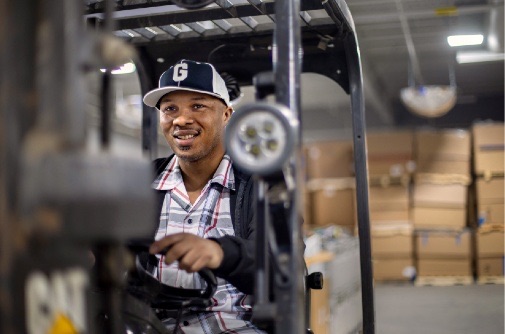 SEVERAL YEARS AGO Kawan faced a monumental challenge: re-entering the community after being incarcerated for 20 years. “Everything had changed,” Kawan said. “It was scary.”

But Kawan did not give in to fear. He had goals he wanted to accomplish and a new life to pursue. He just needed a hand up. “My parole agent referred me to Goodwill. I hoped they would be able to help me put my goals into action.”

When Kawan enrolled in Goodwill’s Offender Success program he met with Career Coach Dina Butler and they developed a plan to help Kawan reach his potential. “Kawan was driven to reach his goals,” Dina said. “He just needed people to believe in him and help open a few doors.”

Kawan completed job readiness classes and two weeks of Work Experience Training in Goodwill’s Industrial Services division performing light industrial assembly work contracted with area manufacturers. In this job setting, Kawan practiced employment-related soft skills such as arriving on time, managing breaks, and working with others as a team. “I developed my work experience and got used to a daily work schedule,” Kawan said. “I also attended classes to polish my résumé, sharpen my interview skills, and learn how to budget my paychecks.”

Kawan attacked every task with positive determination. In fact, his work ethic and attendance were so good that he caught the attention of his supervisor who recommended him for an open position in Goodwill’s retail processing department operating a textile baler. He started as a temporary employee and one month later he was hired.

After expressing an interest in learning how to operate a forklift, Goodwill Transportation Manager Mark Helsen trained and license-certified Kawan and he was promoted to a material handler position.

“I load and unload trucks, and oversee a lot of the shipping and stuff like that,” Kawan said. “It’s a wonderful atmosphere to be working in.”

Kawan did the hard work needed to change his life but he is thankful for the support from Goodwill. “My attitude, thinking, and self-worth have all improved so much by working with people who believe in me,” Kawan said. “I feel accomplished and fueled to achieve more goals I have set for myself. I have a binder and I write all my goals down,” Kawan said. “As I accomplish those goals I check them off.”

“Kawan knows the direction that he wants to go,” said Goodwill Career Coach Shannon Judson. “He’s not trying to cut corners. He is taking his time with things; he is feeling things out and making the right choices.”

“Goodwill has been a blessing to me,” Kawan said. “But they always tell me that I am a blessing to them. I guess it is a match made.”

Due to the COVID-19 pandemic and store closures, Kawan was furloughed from his job in mid-April 2020. He was called back to work in early June and continues to thrive at his job.

Kawan is in the process of buying his own home and because of his passion for cooking, started a catering business.

Kawan has great initiative. I like the progress that he has made and how he becomes more comfortable every day with what he does.