“I thank Goodwill for everything. Thank you for getting me a job so I can work hard and not be bored.”
Hailey 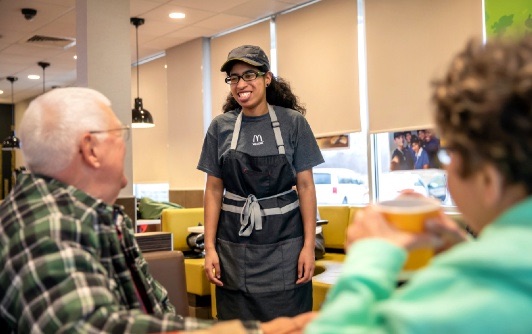 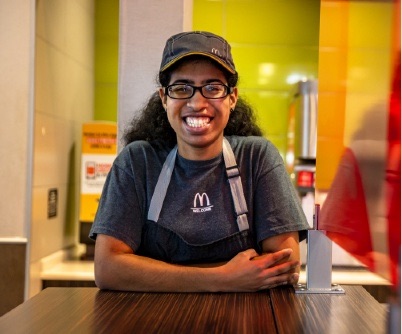 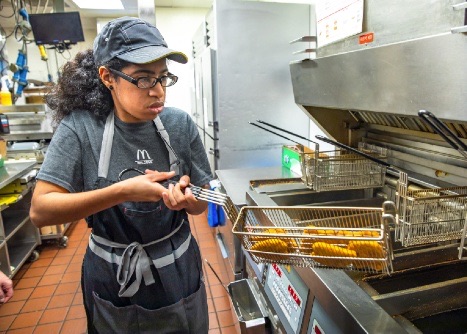 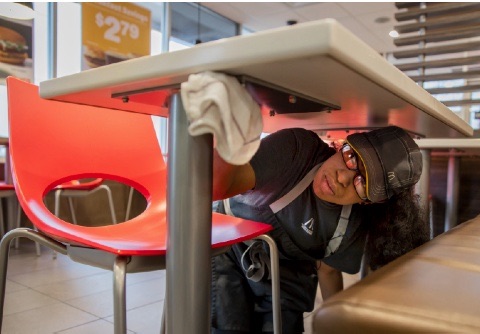 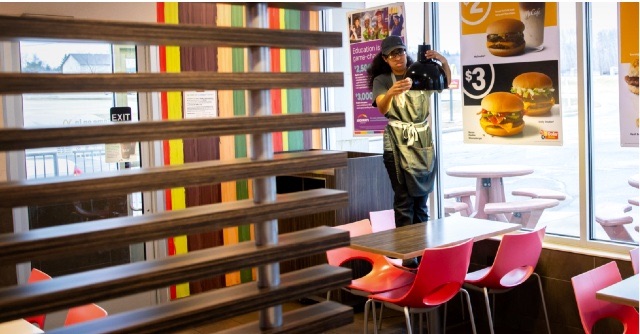 HAILEY WAS REFERRED to Goodwill by Michigan Rehabilitation Services while she was still a transition student at Hart High School and was enrolled in the Supported Employment program. Employment Specialist Tabatha Glezman helped Hailey secure a job at Gale’s IGA supermarket in Hart, cleaning and stocking shelves. Although quiet and shy, Hailey was a reliable worker and performed her duties well. Unfortunately after a year on the job, the grocery store closed and Hailey was out of work. Hailey was referred back to Goodwill and upon discovering that she enjoyed cleaning, Tabatha facilitated her job placement at McDonald’s in Hart doing custodial work.

Hailey’s responsibilities include keeping the lobby and eat-in dining areas clean. “I like my job. I clean tables, sweep the floor, and do garbage,” Hailey said. “It is really good hard work and I’m making good money.”

A year-and-a-half earlier, Tabatha placed another transition student named Ray at McDonald’s who helped train Hailey. “I taught her everything I know,” Ray said with a smile. “She’s a good worker.”

“Hailey has been doing an amazing job since day one,” said McDonald’s Manager Mary Ann Sidok. “As soon as she walked in she just kind of owned it and did what she needed to be done.”

“When I found out I was an Achiever of the Year I was super proud of myself,” Hailey said. “I really like my job.”

As time went by, both Tabatha and Mary Ann noticed Hailey becoming more confident and less shy with people.

“She has to socialize with customers, so it is developing a great skill for her,” Tabatha said.

“I get to talk to people,” Hailey said.  “I say things like ‘here are your fries,’ ‘here is your meal,’ and ‘have a nice day.’ I always tell myself that I need to talk more because I am really shy.”

Once she mastered her cleaning duties, Hailey asked Mary Ann if she could learn other jobs and was trained on the chicken nugget fry machine and also taught some food prep duties.

Hailey lives with her grandmother in nearby New Era and likes spending some of her paycheck on clothing at Goodwill. Self-taught through YouTube sewing videos, she re-tailors her purchase into outfits for herself or uses the fabric to create elaborate costumes for her dolls.

The McDonald’s of Hart closed their lobby and in-dining services in late March due to the COVID-19 pandemic and sadly Hailey was laid off. While McDonald’s drive-thru service is operational, the lobby remains closed and Hailey’s future with McDonald’s is uncertain.

When she comes in she is just ready to work. She’s smiling at all times and the customers love her.

McDonald’s of Hart, Michigan is a family-friendly branch of the popular fast-food franchise that has been receptive and welcoming to employing people with disabilities or other challenges to employment. Management and staff treat all employees with dignity and respect. Goodwill graduates are welcomed.